The Lists Go On.

1. Sometimes a haircut requires two bottles of wine, a brave couple of best friends, a trusted advisor, and the kitchen of your childhood.

2. Reigniting my love for Dave Matthews Band hasn't made me feel the least bit guilty. I don't care what the Negative Nancy's say, the band makes me happy and they're genius.

3. Spending holidays with my ex-boyfriend isn't conventional, but it sure is fun. He's adorable, I love him, and his family is the best. The "ex-hangover" was 90% worth it, and I like those odds.

4. Horses. Always a good idea. Seriously, look at these two... 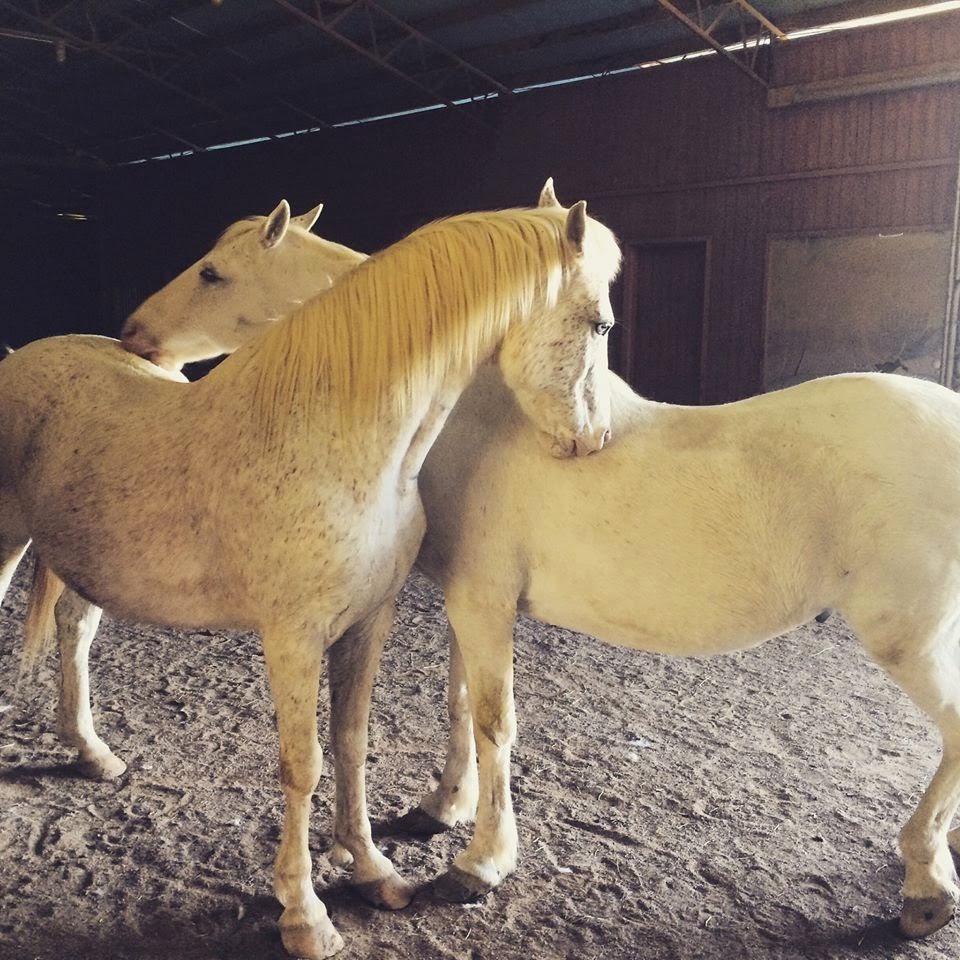 If you were a book
I'd lick my fingers
and flip your pages,
until your spine creased
and you lay spent,
with nothing left to offer.
Then, I'd cup you in my palms
and read you again.

Several years ago, I lived in a 450 square foot apartment, in East Brainerd, TN. (Which seemed small until my 280 square foot carriage house in Savannah, GA.) It had two rooms, three if you count the bathroom. The kitchen wasn't a galley so much as a row of cabinets, sink, stove and fridge all along one wall that opened into the living room. Which also served as the dining room, and guest room. I must say that I've always been great at making the best of a space... The other room was the bedroom, which was quite large, with a walk-in-closet and access to the bathroom. The shower/tub had one of those sliding doors with the frosted glass that always made me feel dirty.

At the time, I worked in a retail store, and was going through training to become a massage therapist. I worked full time, went to school full time, and partied full time. Looking back, I'm amazed at the stamina I had compared to now. Youth truly is wasted on the young.

There must have been a break in classes that coincided with some time off from work, because it took about 36 hours before anyone started looking for me. I happen to be one of those people that if certain folks don't hear from me, almost daily, they tend to send out the hounds. As it would turn out, luckily so, I'm also one of those people that gives out keys to my apartment freely to friends that may or may not ever need them. (I lived alone then, still do, and I'm in constant fear of my body not being found and my cat eating my face. In my mind, my daily annoyances and people having keys lessens my chances of total decomposition. I'd like to leave a pretty corpse...)

While my friends, unbeknownst to me, were trying to figure out the last person to hear from me, I was trapped in my apartment with walking pneumonia. A terribly wretched condition, that will sometimes cause you to crack your own ribs from coughing. It comes with a fever, and by this time mine was at an exhausting 105. (107 is apparently the point at which brain damage sets in, just in case you ever wanted to know) With my friends being none the wiser, I was laying in my bathtub, dirty frosted glass protecting me, having some fairly intense hallucinations.

I was convinced that my mother was in my apartment, trying to soothe me and make me well. (At least that's what hallucinated mommy told me.) However, I knew my mother had been dead for a VERY long time, and I was convinced she was trying to kill me and take me to "the other side". (It's a genuine concern given her history.) So I locked myself in the bathroom, closed the shower doors, and was yelling for my cat, Banana Pants, to bring my cell phone so that we could call for help.

And that's where I was found. Crying, in the tub about how worthless my cat is sans basic understanding of the human language and that my mother would finally win my soul. My friends had sent a police officer. (He was also a friend, had a key to my apartment, and they thought would be the best person to call if I were in fact missing...)

I remember him laughing at me, and condescendingly calling me "baby", while dragging me out of the bathroom. He stayed for another 24 hours, by my side. (Because he is a good man, and I most likely threatened his life...)

The officer ended up sick about a week later, but I didn't offer to take care of him. I'm not an idiot, I didn't want that coming back home with me! I sent another friend instead. Luckily the cycle didn't continue and we're all still speaking to each other. For now.

It's a known fact among my friends that I date on a sliding scale. I don't have a "type". However, it is fair to say I have a not at all my type. The not my type's include (but are not limited to) the ridiculously immature, unmotivated, and humorless.

A couple years ago I was dating a man whom evaded every mark on my "not" list. He was handsome, intelligent AND educated, witty, gregarious, and adored me. (I still kick myself for seeing how delightfully magic he was far too late...) In addition to all his wondrous elite character, he was also an excellent gift giver. Most of the time.

One year, for Christmas, he bought a beautiful necklace and charm for me. I say it was beautiful, because by all standards, it was. It was a heart, covered in sparkly diamonds on a thin silver thread. Sadly, I don't particularly fancy diamonds. Or hearts. Luckily, another fine attribute of this man was his graciousness. He told me I could return the gift if I didn't like it, and he meant that genuinely with no hard feelings.

A friend of mine escorted me to the store, Jared's, as I figured I might want assistance in picking out something new, and I don't always love dealing with retail employees in certain settings. Over-priced box store jewelers is one of those settings... So off we went, backup in tow!

Upon entering the store, I was put off by the overhead bright lights and the not always fresh smell of dry cleaned suits. We were greeted by an associate, eager to assist, until he realized I wasn't there to purchase. I explained that I wanted to exchange a gift and he took us to the back of the store, away from the eyes and ears of others, to look up the transaction.

I didn't have the receipt, but I obviously knew the customer's name. I also knew that he had shopped in this store before and they could likely find it that way. I gave the associate my beau's name and he was unable to find it. I spelled it out more clearly, as he doesn't have a common name and even offered to write it down. Still nothing.

I looked sheepishly at my friend, then laughed, perhaps manically, and suggested that the associate look up the name of the gentleman's wife...

After a few uncomfortable clearings of his throat, the associate located the boyfriend's name, horribly misspelled, and account. There at the end of a long list of transactions was my necklace... which I exchanged for a beautiful pearl faced Citizen watch and a pair of pearl earrings.

I still wear both. Almost daily.
Posted by Manda Mayo at Wednesday, April 01, 2015 No comments:

Another few days have passed, and I've made some further observations into my life...

1. New underwear makes me unreasonably happy. Almost no one sees my underwear, so it really is a personal sublimity. I get giddy and excited no matter the material, style, or cost.

2. I've found that it is 100% acceptable to cancel dinner plans AND ask for a present in the same conversation. It boils down to knowing your crowd...

3. I like potatoes in ALL forms. Fried, boiled, mashed and vodka... they all count and they're all delicious.

4. I received a little photo-quote from a friend of mine that said "you're going to be someone's favorite author". It made me almost cry. It almost made me profoundly thankful for supportive friends.

5. My favorite color is still BLUE, and I can't imagine another color more full of meaning and life.

6. I drive past my parents graves on a regular basis. 99% of the time, I wave. It makes me laugh, and I know it would make them laugh too. Last week I drove by and flipped them off. It was a bad day. I still think they would have laughed.